Uniforms & Lingerie features interviews with military service members and veterans who share their relationship experiences while serving our country. Some of these stories have happy endings. Some of them don’t. But they’re real. Make sure you’re following my blog to hear all the stories our service members and veterans have agreed to share. Today, we’ll hear from author Sherry Terry who served in the US Navy as an Aviation Storekeeper. 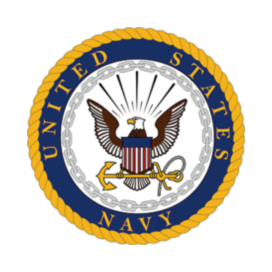 In which branch did you serve?
I served in the US Navy from 1980 to 1984 with an honorable discharge. I spent my whole enlistment at the same base. Miramar in San Diego, California. Back then it was a Naval Aviation Base, and the Marines guarded the front gate. Now, it’s a Marine Corps base.

What did you do?
I was an Aviation Storekeeper. I ordered supplies for personnel and parts for the jets in an F-14 (fighter jet) squadron and an E-2 (radar plane) squadron.

I would teletype an order for a tool or a plane part to the supply squadron. I inventoried incoming and outgoing jets, kept up with what parts were being switched to which jet, and coordinated the acquisition of day-to-day office supplies needed for 5,000 people. 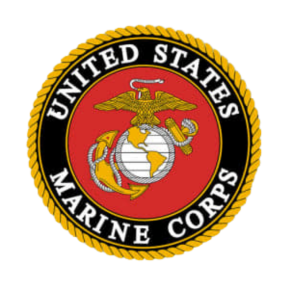 Which of you was in the military, you, your partner or both?
Both. I was in the Navy, and he was in the Marines.

How did you meet?
I went out drinking with friends, and we ended up spending the night at a civilian friend’s house. The following morning, I met Mark. He had also spent the night, but with the girl’s roommate, whom he’d been dating. We talked for a while and he ended up giving me a ride back to the base. Along the way, we stopped at Taco Bell where we talked some more and he bought me something to eat. He never went back to the civilian girl he’d been dating.

When did you see him next?
We were stationed on the same base. His assignment was guard duty at the front gate, checking ID’s of everyone who came on and off the base. One day as I was entering the base, he was on duty. He asked me to pull over, so we could talk, which I did. He had to keep running back to check ID’s as cars approached the gate. It was exciting because he was breaking the rules by talking to me while on duty. Eventually, he asked me out.

What attracted you to him?
He was nice looking and he treated me well. He had a truck – which meant freedom from the base. And the fact that he carried a gun was hot. This was in the early 1980’s – a lot different than today.

How did you become close?
We started spending a lot of time together. He snuck me into his barracks, which was off-limits to females back then. I thought it was cool, but we panicked, so I ended up only staying a few minutes.

We never really had much money, so we didn’t do a whole lot. We spent time with my friends. We went out to dinner or spent time hanging out in my barracks, which allowed male and female visitors. We drank. A lot. Everyone did.

I worked days, and he worked nights which didn’t leave a lot of time to be together. He would come to see me before he had to go to work. We did get to spend weekends together, so sometimes we’d get a hotel room, get something to eat, watch TV and just spend time alone together, which was a treat.

About a year later, he looked at me one day and asked, “Do you want to get married?” I said yes and I think we were married 3 days later. I almost forgot to inform my parents. It wasn’t a big affair – just a few of our friends and that was it. I wore a borrowed dress. The best part was that we had our own place off base.

What was it like being married to another service member?
It made things easier when it was time to go to work or when one of us had to leave on a detachment for a few days or weeks. We both knew, when it’s time to go, you have to go.

In what ways was your relationship different than one in civilian life?
The military had total control of our lives – when we worked, how much money we made and where we could live.

Were there benefits to a military relationship that you may not have experienced as a civilian?
Job security. We knew we both had jobs we couldn’t lose.

What are some of the challenges you faced that you may not have experienced as a civilian?
The forced separation. The military separated us pretty soon after we got married. Mark got orders to North Carolina while I had to stay in San Diego. We had to give up our apartment. We put everything into storage, and I moved back onto the base.

He dropped me off at the last moment so we could spend as much time together as possible.  My heart broke watching his taillights disappear as he drove away. It felt like I would never see him again.

How long was this separation?
I think 6 months. We were not back together very long when he was sent to Germany for 2-years.

How did you keep in touch while he was away?
We didn’t have cell-phones back then. We didn’t have email, computers, or any of that stuff. It was expensive to talk long-distance on the phone, so we only spoke to each other about once a week.

How did the separation affect your relationship?
It’s difficult for a marriage to survive separation in its crucial early stages. Our marriage suffered since we hardly spent any time together and had limited communication.  As a result, we ended up divorcing when we got out of the military.

Thank you for your service and for sharing your story.

Sherry Terry lives on Red Bulls and sarcasm. After an honorable discharge from the Navy, she put herself through college and worked as a Radiology Technologist for almost twenty years before giving it all up to become a bum. After raising two kids, a few dogs, a cat or two, and a goose all by herself, she now resides in a tiny town in Texas with her hermaphroditic cat named Hermy. Her blog is dedicated to helping aspiring writers become successful authors, and she spends most of her time writing the next greatest romantic novel to hit the market.

Voyeur in the Mist
Release Date: 2017
Some women dream of flowers, of romance. Susan isn’t one of those women. Her secret dream is to be watched through her bedroom window. She tries her best to hide her desire, but her inner exhibitionist wants out. A chance encounter at the Dentist’s office might just be what Susan needs to finally get what she has always dreamed about. Now all she has to do is to convince the mysterious man to help her.

Justin’s life as a molecular biologist is on the fast-track to a promising future. He enjoys his quiet life, dating no one in particular, but that all changes when he bumps into a pretty young woman with kinky sexual ideas, that skirt the law. Her exciting inclinations arouse him, filling him with an undeniable urge to join in her escapades.

Will they risk everything for an exciting sex life or play it safe?

Get your copy here

The Cocky Stranger
Release Date: 2019
Sharon isn’t sure she can move on once the divorce papers are signed until the cocky stranger with an umbrella saves her.

Get your copy here