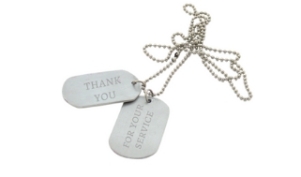 Today I’m honored to spotlight military veterans who have protected us with their service and now entertain us with their writing. The first is retired Army veteran, Shannon Nemechek with her book, Rules of Engagement. Welcome, Shannon. Thank you for your service. 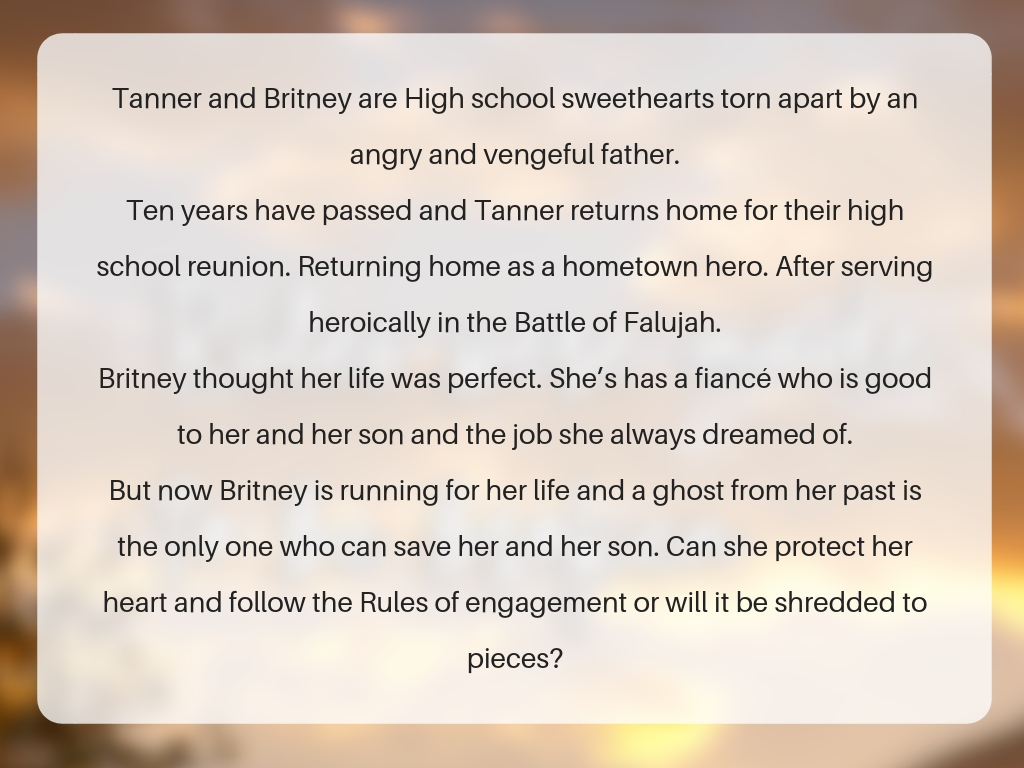 Prologue
Tanner jumped from his truck and ran through the meadow to the cliff near the old back road on the edge of town. He and Brittney always met there every day after school, their special spot, and as long as her dad was out of town on business, they wouldn’t get caught. As he approached the cliffs, he saw her, her long blonde hair whipping in the breeze. It took his breath away every time. How was he so lucky? A boy from the wrong side of the tracks getting to spend his days with the most beautiful girl in the county. Luck maybe? It had to be the key, that and his charming personality. Brittney’s dad loathed Tanner and everything he stood for; he didn’t melt at Tanner’s charms, it was more of a fire in his belly every time he saw Tanner.
Graduation was a year away, but Tanner and Brittney knew what they were going to do the night of graduation–elope to Las Vegas and never been heard from again. Pushing through the tall grass, Tanner made enough noise, it got Britney’s attention, and she turned to look. Standing up from the edge, she ran to him, and he picked her up and swung her around, kissing her, then gently placing her back down.
“How was your day?” Tanner said as he stepped closer to the edge of the cliff.
“It was good. I missed you most of the day though. What’s going on?” she asked wrapping her arms around his waist as they stood looking over the Alabama mountains.
“Oh, I got called into the Principal’s office again. Seems your daddy is trying to cause problems, again. The principal said I’ve been ordered to stay away from you at school,” Tanner explained, getting comfortable as he sat down, his legs dangling over the cliff, patting the ground for her to sit down next to him. Britney sat down next to Tanner, her face burning with anger, not at Tanner, but toward her father.
“I don’t understand why he doesn’t like you, Tanner. You’ve been nothing but nice and accommodating to him, but he persists on making life difficult. I hate him,” Brittney cried “It doesn’t make any sense. He’s being unreasonable.”
“Well, until he becomes reasonable, babe, it looks like this is the only place we can be together. Your dad isn’t making it easy, but soon we’ll be together, and there isn’t anything he’ll be able to do about it.”
“I can’t wait for that day, Tanner. It’s all I ever think about, dream about, the day I can be your wife, and we can have a family of our own,” Britney replied, turning toward him. Tanner placed his hand on her cheek, pulled her in, and gently kissed her.
“It’ll be alright, Brit, I promise you. It isn’t too much longer. I gotta head into work, but I’ll see you tomorrow before school, okay?” As they kissed again, they heard a voice from behind them.
“Get your fucking hands off my daughter. Britney, get your ass to the car right now.” Carson Johnson barreled from the tall grass and bushes, right toward Tanner who attempted to hold his ground. Before he could get his footing, the elder Johnson swung at him, landing his fist on the young man’s jaw, knocking him to the ground.
“I told you to stay away from my daughter, and you wouldn’t listen. Get your ass up and take your beating!” Carson Johnson screamed at Tanner, but Tanner stayed down. It was best not to confront him; her dad could do a lot of damage to him and his mother using his influence around town.
“Sir, I love your daughter, and I want to marry her. If you just tell me what you want me to do to make this right, I will,” Tanner begged, but the elder Johnson wouldn’t listen.
“Stay away from my daughter. You’ll bring her nothing but pain and sorrow, and as long as I’m alive, you will never touch her again.” 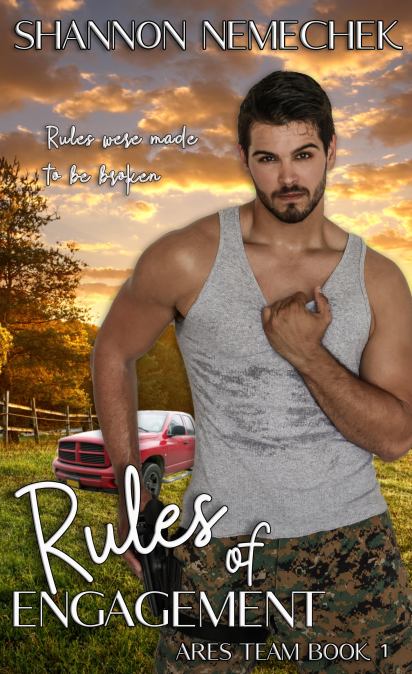 Get an E-copy of Rules of Engagement

Get a print copy of Rules of Engagement 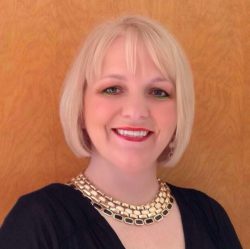 Shannon started her writing career while still serving in the US Army. Shannon served from 1987 to 2015 during Operation Desert Storm and during Operations in Iraq and Afghanistan.
In April 2015 Shannon retired from the US Army with 23 years of service.
She is a mother of 4 children and a grandma to 2. She was born and raised in Macomb, IL and has been married 25 years to her husband, Ken. They reside in Staunton, IL a small town along Old Route 66. 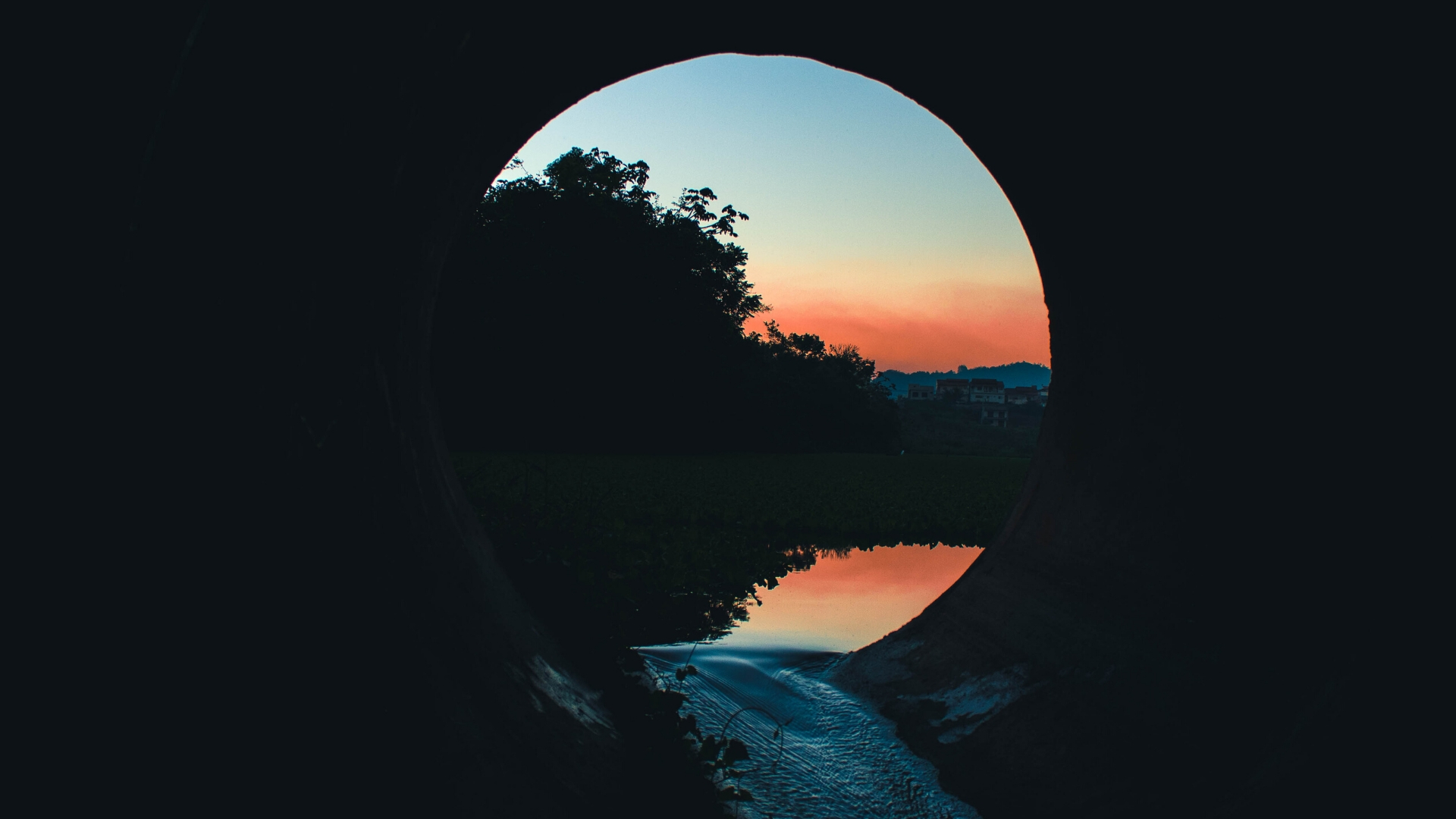 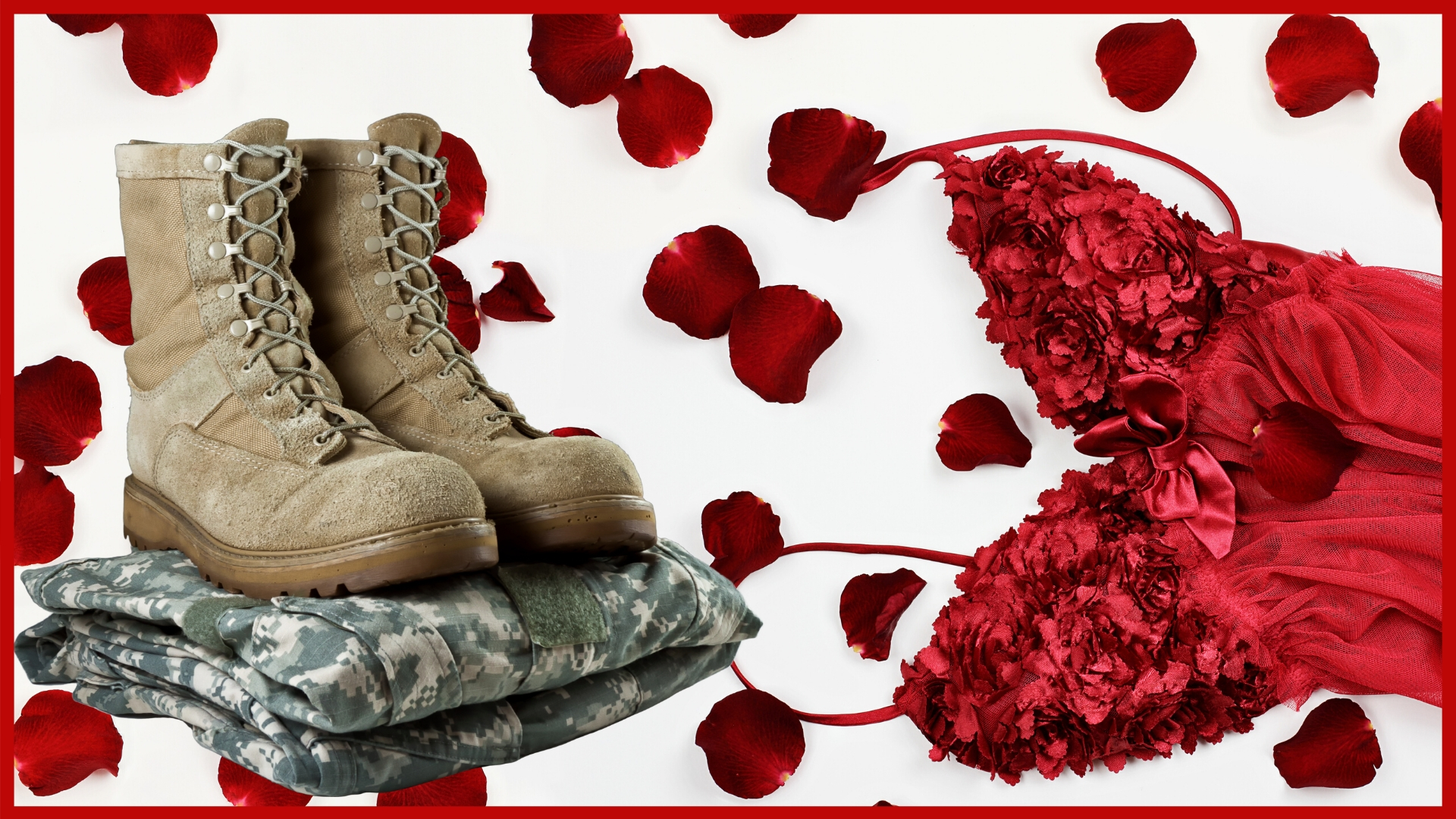 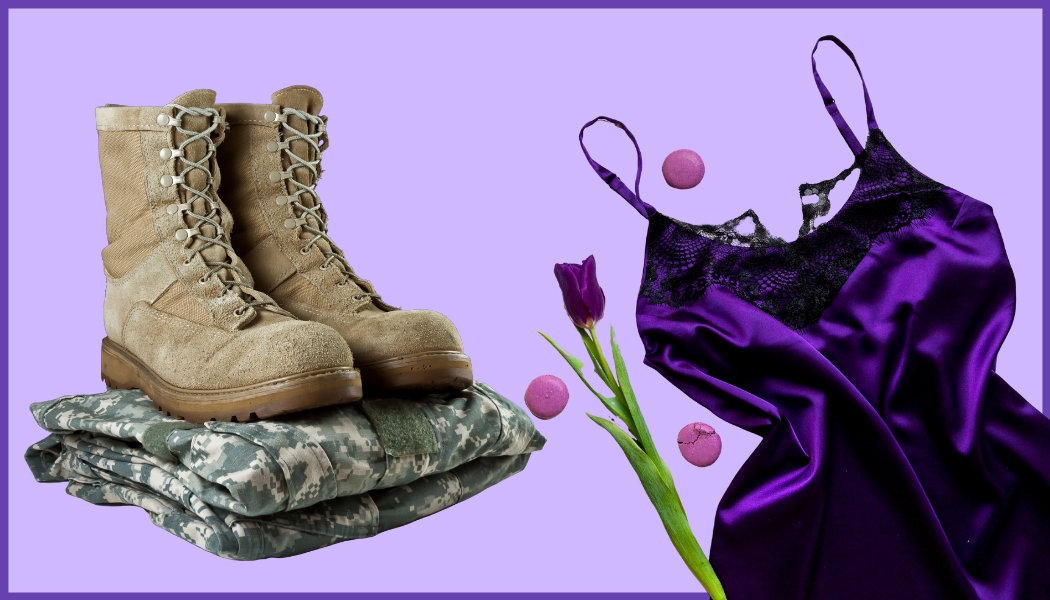