A retreat is commonly known as a quiet or secluded place to rest and relax. A writing retreat would give one the opportunity to rest, relax and write. Throw in some fellow writers for company, and you’ve also got a community or support – like minded individuals you can ask for help  or feedback. I’ve always wanted to go on a writing retreat, but since I haven’t found one that suits me, I’ve decided to plan one myself. (more on that later.) Today I’m delighted to feature a guest post by Jana Richards. She shares her experience on a recent writing retreat and discusses the importance of having a tribe. She’ll also introduce us to the first book in her Love at Solace Lake Series! So pour yourself a nice hot cup of coffee and settle in.

With a Little Help from my Friends

A few weekends ago, I met some friends for a writing retreat. We traveled to one of our favorite spots to hold a retreat, St. Peter’s Abbey in Muenster, Saskatchewan. From noon Friday till noon Monday, we didn’t have to worry about day jobs, cooking and cleaning, or any other mundane tasks. For those four glorious days, we left the real world behind and concentrated exclusively on writing. For a writer, that’s a little piece of Heaven.

Aside from much needed writing time, one of the reasons I wanted to attend this retreat was to get some feedback from my friends. I’ve just contracted with The Wild Rose Press to write a four-book small-town romance series set in the fictional town of Masonville, North Dakota. The first book in the series is completed and is currently in edits. But the other three books exist only in a few vague lines that I wrote explaining what I think the books will be about. I needed help to fill in the gaps and get a better feel for the future books in this series.

After a full day of writing, we usually set aside some time in the evenings to get together for some laughs and some sharing. A week before the retreat, I emailed those friends who planned to attend and asked if they would be willing to do a little brainstorming with me during one of our evenings together. I sent them my ideas for books two to four in the series, as vague and limited as they were.

I love brainstorming. When you get a group of writers together and give them free reign to let their imaginations soar, ideas flow like water. I came away with a better idea of where books two and four are going. And book three? It’s changed completely. One of my friends, a multi-published writer, gave me some sage advice on the conflict that I believe is going make the book stronger, and keep me from pursing a plot point that likely would have had me writing in frustrated circles. For that alone, the trip to Muenster was invaluable.

Writing is a solitary pursuit. We writers spend a lot of time in our heads, and physically alone in our writing caves. We may be introverts, but we still need friends. So, if we find other like-minded people we can talk to and who support us, it’s gold.

Everyone needs a tribe, whether you’re a writer or a reader. Who’s your tribe? 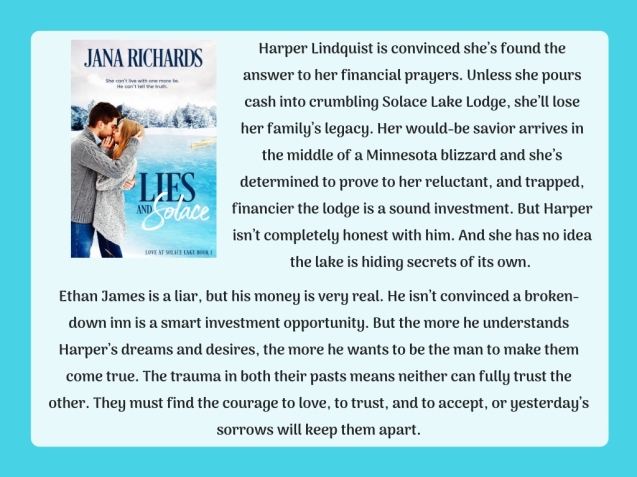 When Jana Richards read her first romance novel, she immediately knew two things: she had to commit the stories running through her head to paper, and they had to end with a happily ever after. She also knew she’d found what she was meant to do. Since then she’s never met a romance genre she didn’t like. She writes contemporary romance, romantic suspense, and historical romance set in World War Two, in lengths ranging from short story to full length novel. Just for fun, she throws in generous helpings of humor, and the occasional dash of the paranormal. Her paranormal romantic suspense “Seeing Things” was a 2008 EPPIE finalist. In 2015 “Always a Bridesmaid” was nominated for a Rone Award in the Steamy Contemporary category, and though it didn’t make the finals, it was an honor to be nominated. “Always a Bridesmaid” did, however, receive Best Opening Hook from Trans Canada Writers in their Maple Leaf Awards.
In her life away from writing, Jana is an accountant/admin assistant, a mother to two grown daughters, and a wife to her husband Warren. She enjoys golf, yoga, movies, concerts, travel and reading, not necessarily in that order. She and her husband live in Winnipeg, Canada with an elderly Pug/Terrier cross named Lou. She loves to hear from readers and can be reached through her website at http://www.janarichards.com

2 thoughts on “With a Little Help from Her Friends”