Today, I have the pleasure of hosting Ruth A. Casie on my blog as she shares her recent book release. Please show her some love! 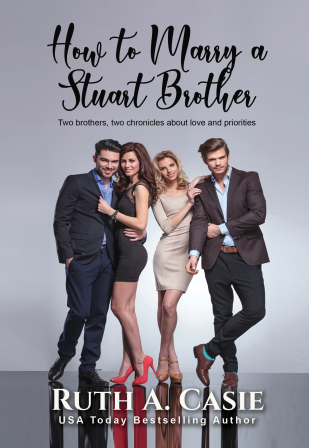 Alan and Morgan Stuart are two brothers devoted to their businesses, each other, and their women. Maybe they both should rethink that order.

Chronicle One – Alan and Eloise are a power couple who have grown apart over their ten year marriage. What happens when they find that their marriage was never registered? Will an eminent natural disaster be the final straw that breaks them apart or will it rekindle their love and send them to the altar for a second chance?

Chronicle Two – Morgan and Margot are wild about each other. Secure about each other’s love, they focused on their careers. Commitment was not something either wanted. When they attend a friend’s destination wedding all Margot’s doubts are gone. She wants Morgan’s ring on her finger, but he keeps teasing her about their ‘no commitment’ agreement. Perhaps if he saw someone else interested in her he’d change his mind. That’s a dangerous game. Will they come to their senses or deny the loving relationship they both desire?

She didn’t mean to intrude. All she’d wanted was to step out on the wide porch for a breath of cool air to stop her head from spinning. Now she couldn’t leave fast enough. What was she doing here straddling the threshold, pinned to the spot like a fly in amber, a death grip on the French door handles? Leave. Give them a little privacy—but she couldn’t move. Instead she watched Gabe embrace her close friend Viv. His fingertips whispered down her back while his other hand drifted down her side and rested on her hip. But it was the smoldering looks they had for each other that made her breath catch.

It was hard to imagine Viv getting married. They’d known each other for years. She was five years older and would always think of Viv as a flighty kid. But it was easy to see Gabe and Viv’s commitment to each other. Commitment. She blew out the word in exasperation. She hadn’t understood how much she’d wanted that from Morgan—until now.

A burst of loud music behind her broke the spell. She stepped back into the banquet room and closed the doors without making a sound. In all the years she’d known Gabe and Viv she’d never seen them so love struck. Their bed was a playground, but they were die-hard singles—at least that was what Viv had told her. Sure they lived together, but…well, it was convenient. They were good friends with benefits, that’s what they were. What a joke. She turned and glimpsed the bride and groom through the glass doors. How did she not see they were head over heels in love?

With her back to the door, she scanned the crowded bachelor/bachelorette party to see if Morgan had returned. He’d stepped out an hour ago. Business, he’d said. Aren’t you glad we’re not doing this? She thought about his words from earlier in the day. No, damn it. This is what she wanted. Do you hear me, Morgan Stuart? I. Want. Forever.

The DJ had almost everyone—including every woman present—doing a line dance on the packed dance floor. She had a clear view of the bar where the men were hanging out, gawking and making comments while they had their drinks. Nope, he wasn’t there, either. She was about to give up when a movement by the nest of cocktail tables captured her attention.

Morgan raised his bottle of beer in salute. “And I only want forever with you,” she murmured. She ran her hands down her snug black dress—making sure it clung in all the right places—then maneuvered across the crowded room, eager to get to him. She wanted to see if his eyes smoldered when he looked at her. As soon as she reached him she realized she needed more courage. She removed the bottle from his hand and took a swallow.

“Whoa. You don’t like beer. Remember?” Ignoring his outstretched hand, she took another gulp and tried not to screw up her face. The stuff was vile, but she wasn’t going to give him the satisfaction.

Those little pink things—the ones with vodka, vermouth and strawberries that she’d had all afternoon—slid down so easily, along with the shots she’d had a few minutes ago with the girls in the bridal party. At the moment she didn’t care what she drank. Something wet and mind numbing was what she wanted.

Maybe the beer would steady the room and stop it from spinning. No, the dancers were a blur and now her stomach was complaining.

Since the beer made her stomach queasier, she placed her hands on the back of the chair and held on for dear life. A sideways glimpse was all she needed to see Morgan shaking his head.

“You’re going to regret this in the morning,” he said, bending close to her. She closed her eyes and tried to control a shudder as his low voice and warm breath bathed her ear. She turned to face him, his lips a kiss away and his eyes…his eyes—

“You two are next. You know why?” They glanced at Dave, a groomsman, who stood beside them looking at the mob on the dance floor. “Because you’re the last holdouts. How long have you been together? Ten years? When are you going to tie the knot?”

The bottle dangled from her hand. Morgan retrieved his beer and exchanged it for a large glass of water. One sip then she chugged it all.

“We’re happy the way we are. You can ask Margot. She’d be the first to tell you she doesn’t need a piece of paper.” Why didn’t he just take a knife to her heart? This wasn’t the first time he put it into words. She didn’t want commitment eight years ago, but now…

“Why spoil a good thing?” she said in a matter-of-fact tone and gave Dave her most dazzling smile. What else could she say? It was obvious Morgan liked the arrangement. She got on her tiptoes and kissed Morgan’s lips. She searched his eyes, trying to see if that special look, the one Gabe had for his Viv, was there. But with Dave next to them, Morgan had his game face on. When it suited him he could be hard to read. He was one of the best corporate attorneys in New York. This evening he was the poker-face master.

She choked down regrets that they weren’t alone. A family. The idea had been on her mind since their trip to Star Island. Now, at the wedding, she knew she wanted one of her own and she wanted one with Morgan. She’d loved him from the start but right now, at this moment, she understood how much. She loved his sense of humor, his unconditional acceptance, his steadfast friendship, his closeness to his family, his Chris Pine blue eyes, his voice, his touch, his…everything.

Get your copy of How to Marry a Stuart Brother! 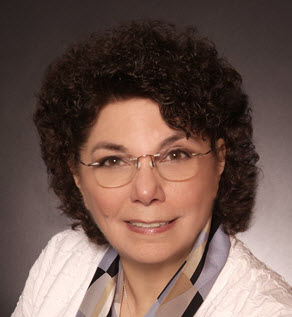 RUTH A. CASIE is a USA Today bestselling author of historical swashbuckling action-adventures and contemporary romance with enough action to keep you turning pages. Her stories feature strong women and the men who deserve them, endearing flaws and all. She lives in New Jersey with her hero, three empty bedrooms and a growing number of incomplete counted cross-stitch projects. Before she found her voice, she was a speech therapist (pun intended), client liaison for a corrugated manufacturer, and vice president at an international bank where she was a product/ marketing manager, but her favorite job is the one she’s doing now—writing romance. She hopes her stories become your favorite adventures. For more information, please visit RuthACasie.com or visit her on Facebook, @RuthACasie, Twitter, @RuthACasie, or Pinterest RuthACasie.

One thought on “His Voice, His Touch, His…Everything”

Leave a Reply to Becoming His Tapestry Cancel reply