Today I’m happy to welcome Linda McLaughlin as a guest as part of the Author Eggcerpt Exchange.

Thanks so much for hosting me today!

I’m so thrilled about my latest release, a Western romance set in the California Gold Country, specifically Grass Valley, 1868. My husband and I visited the area some years ago and I fell in love with it. Grass Valley was especially interesting to me because of the large Cornish population in the 19th century. This area had deep gold veins that couldn’t be panned. Cornish miners were encouraged to come because of their experience in the tin mines of Cornwall, which were petering out. To this day, the Cornish pasty is a local treat, and the city still celebrates a Cornish Christmas.

A shorter, sexier version of this story was previously published by Amber Quill Press. When I got the rights back, I realized I now had the opportunity to tell the tale as I’d originally intended, as a sensual romance. It was fun to revisit Lily and King’s world and spend time with them again. They are two of my favorite characters. I hope readers will agree. 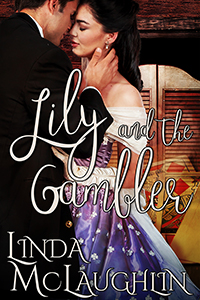 Respectability is in the eye of the beholder. Or so Lily Penhallow hopes when she assumes the guise of the widow Albright. She has learned the price of flaunting convention and is determined to obey society’s rules from now on. After her lover, Nigel Albright, was killed in a duel over a card game, Lily dons widow’s weeds and travels to Grass Valley, California where she plans to marry the man her uncle works for, a respectable mine owner named Hugh Ogilvie. Then, on the riverboat from San Francisco, she meets Creighton ‘King’ Callaway, a professional gambler, just the kind of man she should avoid.

King believes that since life is a gamble, there’s no point in planning for the future. You have to trust Lady Luck. After meeting Lily, King knows he has found his Queen of Hearts. But can he convince her to pass up a sober businessman for a foot-loose card sharp?

Only Lady Luck knows for sure…

(Previously published in a shortened version by Amber Quill Press)

Coming Soon to Other Retailers

Lily smiled at him. “That was quite a trick. Do you tell fortunes, too?”

“As a matter of fact, I do. Is the lady interested?”

“Perhaps,” she said, aware he was flirting with her again and annoyed with herself because she was enjoying it. “There should be a deck of cards here somewhere.”

“No cards required. Just let me see your palm.”

Unable to stop herself, Lily stripped off her gloves and let him take her hand. He held it in his left hand, and with his right index finger, traced the lines on her palm. Shivers ran up her arm at each caressing touch. His scent, a mixture of bay rum, male musk, and a faint hint of tobacco, overwhelmed her.

“What do you see?” she asked, her voice suddenly breathless.

“What, no handsome stranger?” she joked.

He raised his head and stared into her eyes. “Oh, yes, I see romance ahead for you. With a dark haired fellow. But he isn’t a stranger.”

For what seemed an age, she stared into his green-gold eyes while her pulse quickened and warmth stole through her veins. It would be so easy to surrender to the feelings he evoked.

“I also see a fork in the road ahead,” he added softly. “You have a decision to make. A very important decision.”

She snatched her hand away, knowing she couldn’t afford to be distracted by him. It wasn’t as if he had made her any promises. “I think you need to practice your fortune-telling skills, Mr. Callaway.”

He chuckled. “There’s something else I’d like to practice.” Cupping her chin, he stared at her, his eyes full of half promises. “Oh, hell, I may get my face slapped for this, but…” His hand moved to the back of her neck as he lowered his head and captured her lips in a kiss that stole her breath away.

For a moment, she closed her eyes and gave herself up to the kiss. Then a door slammed somewhere in the house, reminding her of where they were. She pushed him away. “How dare you?” she hissed.

He gave her a lazy grin. “What’s that old saying? Nothing ventured, nothing gained?”

“I think you’d best be going.”

He paused at front door, turned and held her gaze for a moment, then left.

She sighed and leaned against the doorjamb. What had she been thinking to let him kiss her, however briefly? 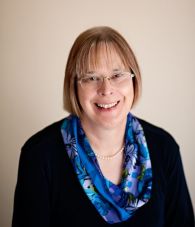 You can find her online at http://lindalyndi.com